Uvarovite is composed of calcium chromium silicate, and is thus distinguished from both grossularite (calcium aluminum silicate) and andradite (calcium iron silicate). It was first discovered in 1832 by Germain Henri Hess (1802-1850), a Swiss-born Russian chemist, doctor and mineralogist. Hess named it after Count Sergei Semenovitch Uvarov (1765-1855), a Russian statesman, amateur mineral collector and President of the Russian Academy of Sciences from 1818 to 1855. Hess later had a mineral named after him as well - silver telluride was named hessite in his honor as a result of his important analytical work on it.

Uvarovite is the only consistently green (idiochromatic) garnet species, with a striking emerald-green color. Specimens of uvarovite are much sought after by collectors for their outstanding brilliance and color. However, it is rarely found in gemstone quality. It is usually found associated with chromium ores in Spain, Russia, and Canada. It also occurs in Finland, Norway and South Africa.

Uvarovite is a rare type of Garnet with that has small, lustrous crystals and an Emerald green color. It’s not used in the gem trade, but it’s very popular among gem collectors. 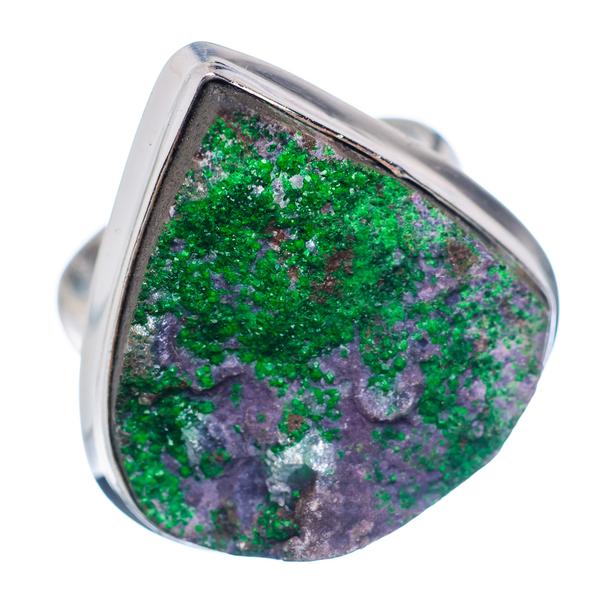 It can usually be found in Poland, Finland, India, and Russia.

Uvarovite is usually referred to as the Stone of Abundance. This not only pertains to material abundance, but to an abundance of love, peace, and acceptance as well. It will increase the love that you have in your life and in your relationships. It will dispel the negative feelings and find resolutions to your conflicts.

Uvarovite will help you get through your periods of solitude without feeling abandoned, depressed, or lonely. It will increase your self-confidence and get rid of feelings of inadequacy. It will also allow you to feel that you always have what you need, when you need it.