Sphene is a very rare brilliant yellowish-green, green, orange or brown gemstone with a high luster, also known as "titanite" due to its titanium content. The name "sphene" comes from the Greek word, "sphen", meaning "wedge", which alludes to the formation of its crystals. Due to its high dispersion, when brilliant-cut, sphene can exhibit a fire similar to that of diamond. 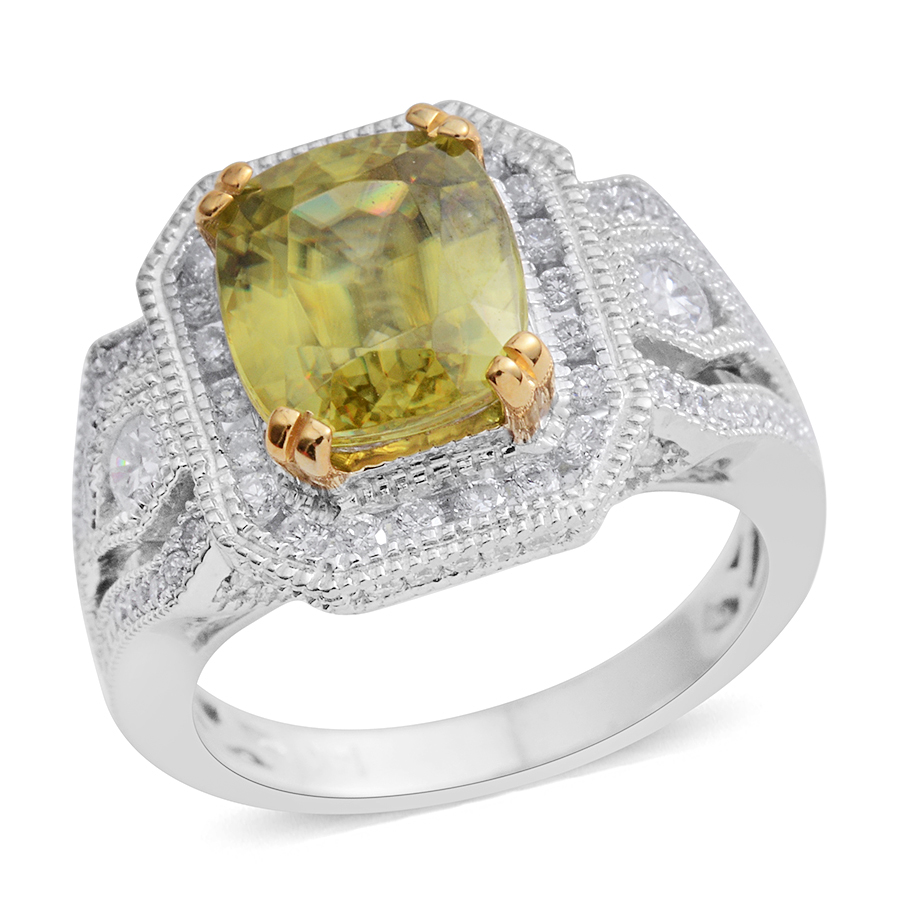 Sphene can occur yellow, brown, green or reddish and various shades in between, such as cognac color. Intense green sphene is also known as "chrome sphene", due to the color agent being chromium. "Chrome sphene" and yellowish-green sphene are the most desirable colors. Reddish sphene gets its color from manganese impurities and is sometimes referred to as "greenovite".

Sphene is said to be a calming and soothing stone that protects its wearer from negative energy. Additionally, sphene is thought to aid clear thinking and creativity.

In traditional Hindu belief systems, sphene is associated with the Ajna chakra; also known as the third eye, or brow chakra, which is related to the mind and previous lives. Physically, sphene is thought to help alleviate muscle strain, fever and tissue inflammation.

Lodha Gems is a gemstone shop in India (India), we have natural Sphene in stock which are certified, our Sphene are procured directly from mines and our natural Sphene are free from any treatment, if you want to buy Sphene then feel free to contact us at +91 94335 46997, we ship worldwide.