Rhodonite is a rose pink to dark red gemstone with black dendritic inclusions. It is a manganese silicate, and a member of the pyroxenoid group of minerals. The manganese is often partly replaced by iron, magnesium, calcium, and sometimes zinc, occasionally in large quantities. A grayish-brown variety containing as much as 20% calcium oxide is called bustamite, whilst fowlerite is a variety that contains 7% zinc oxide.

Rhodonite gets its name from the Greek word, "rhodon", meaning "rose colored" and this attractive hue and vitreous luster make it a popular ornamental material. Rhodonite inlay was used to decorate the Moscow Metro, and Mayakovskaya Station, built between 1935 and 1938, has over 80 square metres of columns with rhodonite inlay. In 1979, rhodonite was designated as the official state gemstone for Massachusetts, since it is considered to be the most beautiful material found there. 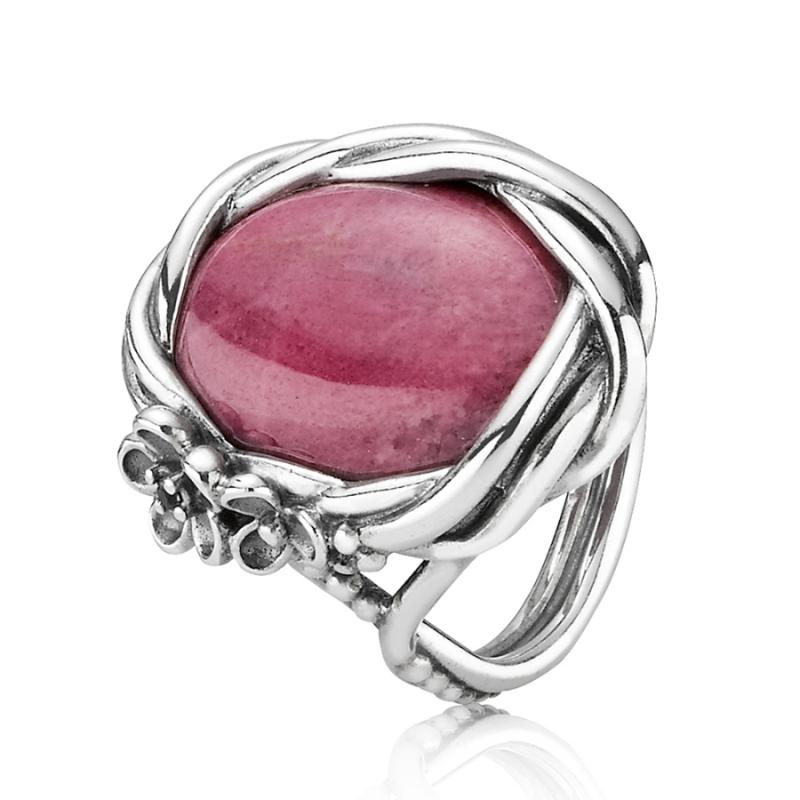 Rhodonite varies from a soft rose-pink to a bright flesh-colored red, with black dendritic inclusions. Crystals are inclusion-free and transparent red, but rare.

Rhodonite's pink hue attributes it to emotional healing, especially when it comes to past issues and relationships. Rhodonite is said to bring calm, confidence and clarity of mind to its wearer.

In traditional Hindu belief systems, rhodonite is associated with Anahata, or the heart chakra, which is related to peace, decision-making, love, compassion and psychic healing. Physically, rhodonite is considered to be helpful for skin disorders, and to encourage the healing of cuts and scars.