As per Vedic Astrology, Pearl is the Jyotish gemstone that is used to enhance the powers of Moon. The planet Moon is by nature saumya (Gentle) and represents the manahsthiti (mind) of the Kalpurusha. An individual who has the Moon, well placed in one's chart will be a balanced individual. Among all nine planets, Moon is the fastest moving. Consequently effects of changing position of the moon are felt by human beings and all the creatures of nature at short intervals.

Freshwater pearls form in various species of freshwater mussels, family Unionidae, which live in lakes, rivers, ponds and other bodies of fresh water. These freshwater pearl mussels occur not only in hotter climates, but also in colder more temperate areas such as Scotland (where they are protected under law). Most freshwater cultured pearls sold today come from China. 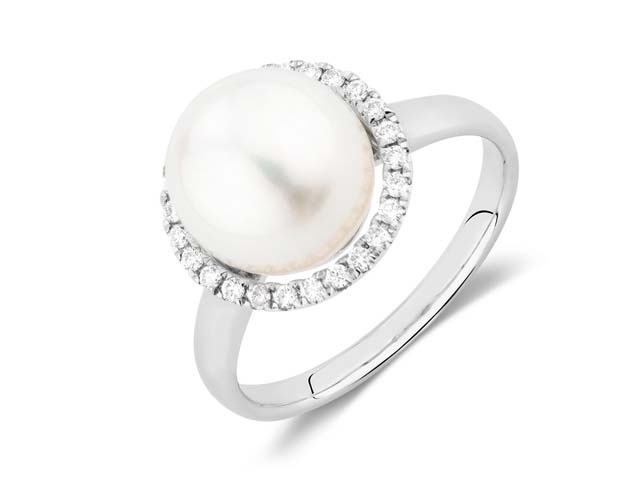 Natural pearls are nearly 100% calcium carbonate and conchiolin. It is thought that natural pearls form under a set of accidental conditions when a microscopic intruder or parasite enters a bivalve mollusk and settles inside the shell. The mollusk, irritated by the intruder, forms a pearl sac of external mantle tissue cells and secretes the calcium carbonate and conchiolin to cover the irritant. This secretion process is repeated many times, thus producing a pearl. Natural pearls come in many shapes, with perfectly round ones being comparatively rare.

Some imitation pearls (also called shell pearls) are simply made of mother-of-pearl, coral or conch shell, while others are made from glass and are coated with a solution containing fish scales called essence d'Orient. Although imitation pearls look the part, they do not have the same weight or smoothness as real pearls, and their luster will also dim greatly.

Pearl is found in Bahrain, Australia, China, Japan and India.