Kyanite is a gemstone quality aluminum silicate sometimes referred to as disthene, rhaeticite or cyanite. Its name is derived from the Greek word 'kuanos' or 'kyanos', which means 'deep blue', alluding to its typical blue color. However, in addition to blue, kyanite can also be colorless, white, gray, green, orange or yellow. With kyanite, color is typically not consistent throughout. In fact, most stones exhibit areas of light to dark color zones, along with white streaks or blotches. Kyanite is a polymorph of both andalusite and sillimanite. Polymorph gemstones share similar chemical compositions, but they exhibit different crystal structures. Kyanite forms as triclinic crystals, while andalusite and sillimanite are both orthorhombic. 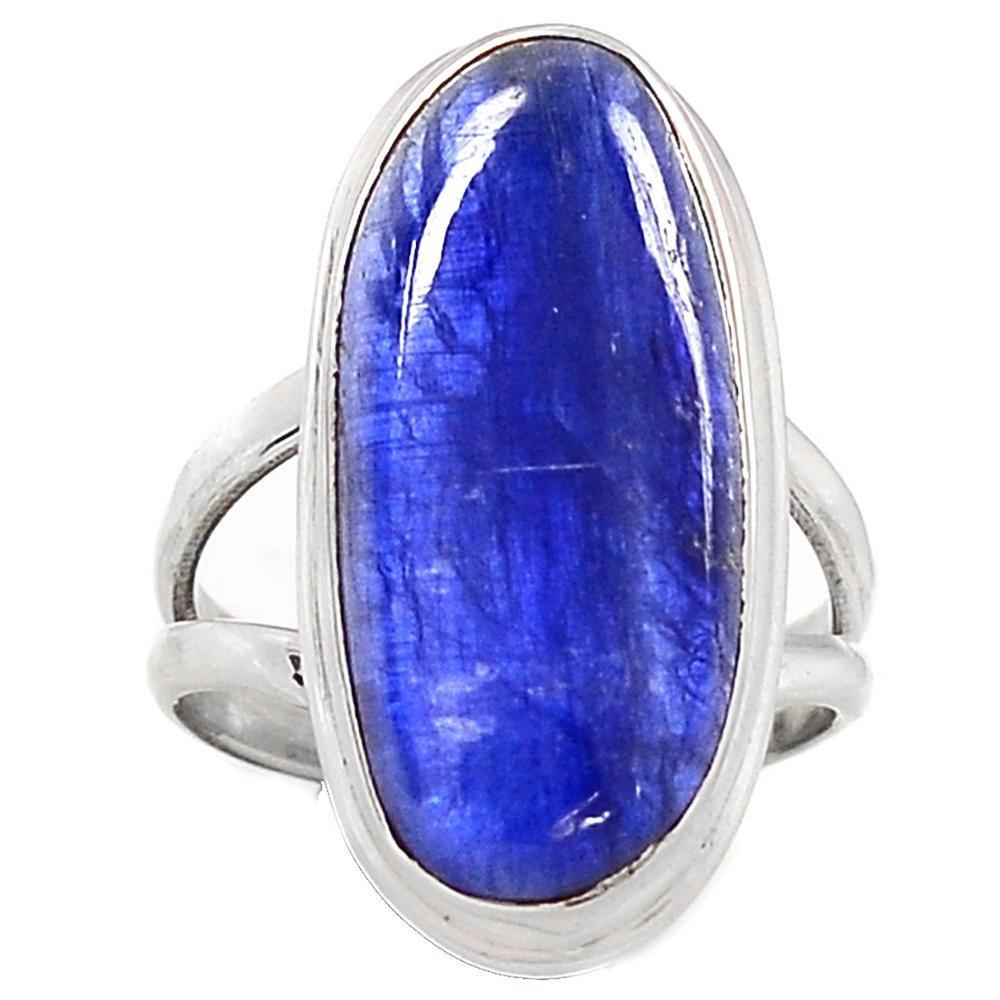 Kyanite most often occurs in various shades of blue. It is less commonly colorless, white, gray, green, yellow or orange. The colorless form is the rarest, though not the most valuable form of kyanite. The most desirable color is sapphire-like blue. Color is often inconsistent and unevenly distributed. Color zoning is common with most stones, which means that they exhibit multiple shades of blue in a single specimen. Streaks and blotches are common and typically white, but streaks may also form in other colors.

Kyanite deposits can be found in many locations around the world. Some of the most important sources include Austria, Burma, Brazil, Cambodia, India, Kenya, Myanmar, Nepal, Russia, Serbia, Switzerland, Tanzania, the United States (Connecticut, Pennsylvania, North Carolina and Georgia) and Zimbabwe.

Orange kyanite was recently discovered in Tanzania. Large teal crystals have also recently been found in Kenya's Umba Valley. Nepal is now widely regarded as one of the finest kyanite sources. Nepalese kyanite is said to rival the blue color of fine Ceylon and Madagascar sapphire.

Kyanite is believed to aid with self-expression and communication. It is also thought to strengthen supernatural abilities. In ancient times, it was believed that when kyanite was suspended from a human hair, it could follow the Earth's magnetic force in the same manner as a compass needle. For this reason, many travelers took kyanite along with them when they went on long journeys and entered unknown territories.

Kyanite is thought to be able to open the body's center for communication. It is often used for deep meditation and is best worn near the throat chakra, though it is thought to have a balancing effect on all chakras.

This stone is used to treat hearing disorders, eye ailments as well as issues with the sense of smell. Kyanite is also used as a tool for mediation and relaxation. It is useful in opening the third eye chakra, and to enhance creativity, broaden perception and enhancing the reach to better understand others. Kyanite is said to foster tranquilly, having a positive effect on ones dreams, visualization and foresightedness.

Like citrine quartz, kyanite is said to never accumulate or retain negative energies, thus it nevers requires a cleansing. Due to this attribute, kyanite may be used to cleanse and clear other gems and crystals. Kyanite is not an official birthstone, nor is it associated with any zodiacal signs, but it remains an extremely important healing crystal that is used in the vast world of metaphysical gems today.

Kyanite is a gemstone that does not accumulate negative energies, and it therefore never need to be cleansed or cleared. As the energy of kyanite is all but unlimited, it is said to be one of the best gemstones for use as an attunement stone. Kyanite is known to induce tranquility and calm, as well as enhancing communication and psychic awareness; as well it eases, enhances and supports mediation efforts. It is an ideal stone for wearing around the neck, as it has beneficial effects on the throat. It will promote the ability to speak more easily and express oneself more clearly, and will even assist in learning a new language. Anyone who is in a position where they are required to speak at great lengths would benefit from having kyanite around their neck.

Lodha Gems is a gemstone shop in India (India), we have natural Kyanite in stock which are certified, our Kyanite are procured directly from mines and our natural Kyanite are free from any treatment, if you want to buy Kyanite then feel free to contact us at +91 94335 46997, we ship worldwide.