The name 'iolite' originates from the Greek word 'ios' meaning 'violet'. Iolite's strong pleochroism earned it the misleading trade name of 'water-sapphire, a name now obsolete. From one direction, iolite can appear sapphire-like blue and from another, it can appear as clear as water.

Iolite is also known as 'the Viking stone' because according to Norse legend, Vikings used iolite as a polarizing filter to help them find the sun on cloudy days. It is believed that the Vikings discovered iolite deposits throughout Norway and Greenland. 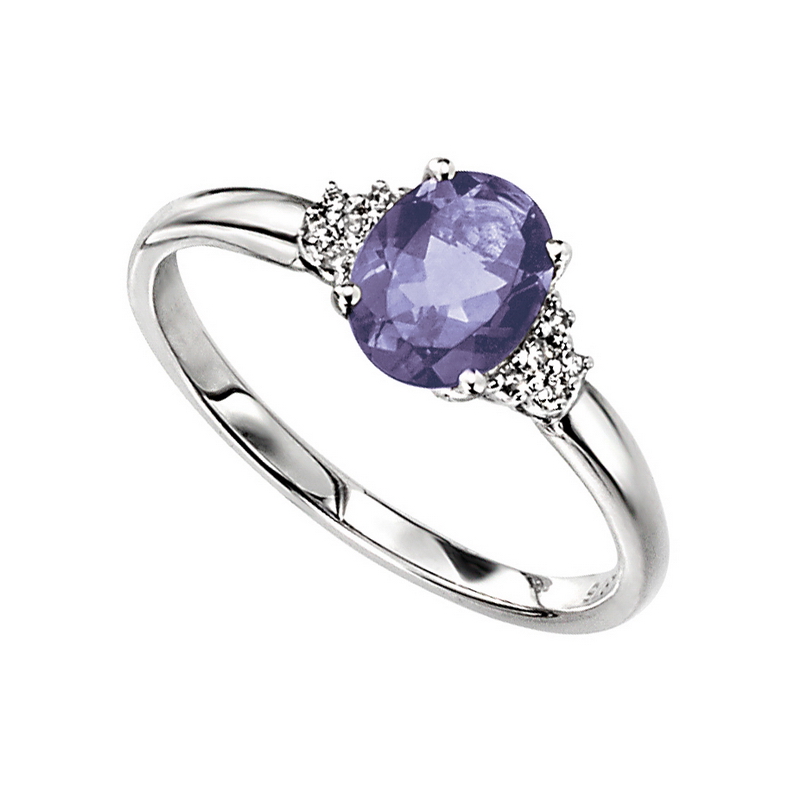 Iolite is typically light to dark blue and violet, although it can also occur in various shades of yellow, gray, green or brown. The most desirable color is an intense violet blue that can rival that of tanzanite. Iolite is trichroic which means that three different colors can be seen in the same stone depending on the viewing angle. Some lower grade or poorly cut iolite can appear overly dark or 'inky', often appearing near-blackish.

Iolite deposits can be found in numerous locations around the world. Most of the iolite gemstones available today come from India, but some other significant sources include Australia (Northern Territory), Brazil, Canada (Yellowknife), Madagascar, Myanmar (Burma), Namibia, Sri Lanka (Ceylon), Tanzania and the United States, including Wyoming and Connecticut.

When Leif Eriksson and other legendary Viking explorers ventured out into the Atlantic Ocean, far away from any coastline that could help them determine their nautical position, they had a secret gem weapon - iolite. Viking sailors allegedly used thin pieces of iolite as the world's first polarizing filter. By looking through an iolite lens, they could determine the exact position of the sun on cloudy days to help them navigate safely to their new worlds and back.

Iolite is also said to clear the third eye chakra. Its considered to be a stone of vision, enhancing creative expression. Many believe that it can help recover lost memories and also help induce sleep for those who suffer from insomnia. It is believed that iolite can help those who suffer from eye and vision disorders.

Lodha Gems is a gemstone shop in India (India), we have natural Iolite in stock which are certified, our Iolite are procured directly from mines and our natural Iolite are free from any treatment, if you want to buy Iolite then feel free to contact us at +91 94335 46997, we ship worldwide.